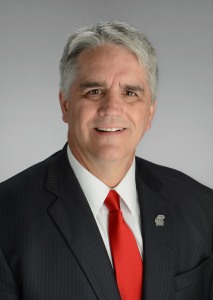 Cancer centers are an enormous force for good and collectively have worked to lower cancer incidence and mortality rates for over four decades. In many cases, this improvement has resulted from basic science advances being translated into the clinic for the benefit of cancer patients. But in other cases, cancer centers worked diligently to prevent cancer from developing in patients in the first place. This has primarily resulted from the enactment of good public policy that limits carcinogen exposures or promotes the adoption of healthy behaviors in large populations. Such efforts can often save hundreds—if not thousands—of lives over the course of many years and represent a critical tool in our efforts to lower cancer mortality.

As a membership organization serving 98 cancer centers in the United States and Canada, the Association of American Cancer Institutes (AACI) has an unprecedented opportunity to exert enormous influence on public policy. I suspect nearly every AACI cancer center in our organization is working to advance at least one public policy initiative, however we haven’t been able to leverage our collective efforts for maximum impact.

At the upcoming AACI/CCAF Annual Meeting, September 30 to October 2 in Chicago, I will begin my two-year term as president of AACI. For my presidential initiative, I intend to spearhead the development of a comprehensive, cancer-specific clearinghouse of model legislation for AACI cancer centers to share with their state/province legislators.

My hope is to offer a dynamic, online library of model policies – each of which is the product of many hours of research and data collection. Using this framework, I believe AACI would be positioned to become a “one-stop shop” for cancer-related public policy. AACI will not engage in formal lobbying; however, the database will serve as a go-to source for information that AACI’s members can use to educate legislators on the issues vital to decreasing cancer incidence and mortality in their catchment area.

Read more from Dr. Jensen, CEO and director of The University of Kansas Cancer Center and AACI vice president/president-elect, in AACI’s September 2018 Commentary.